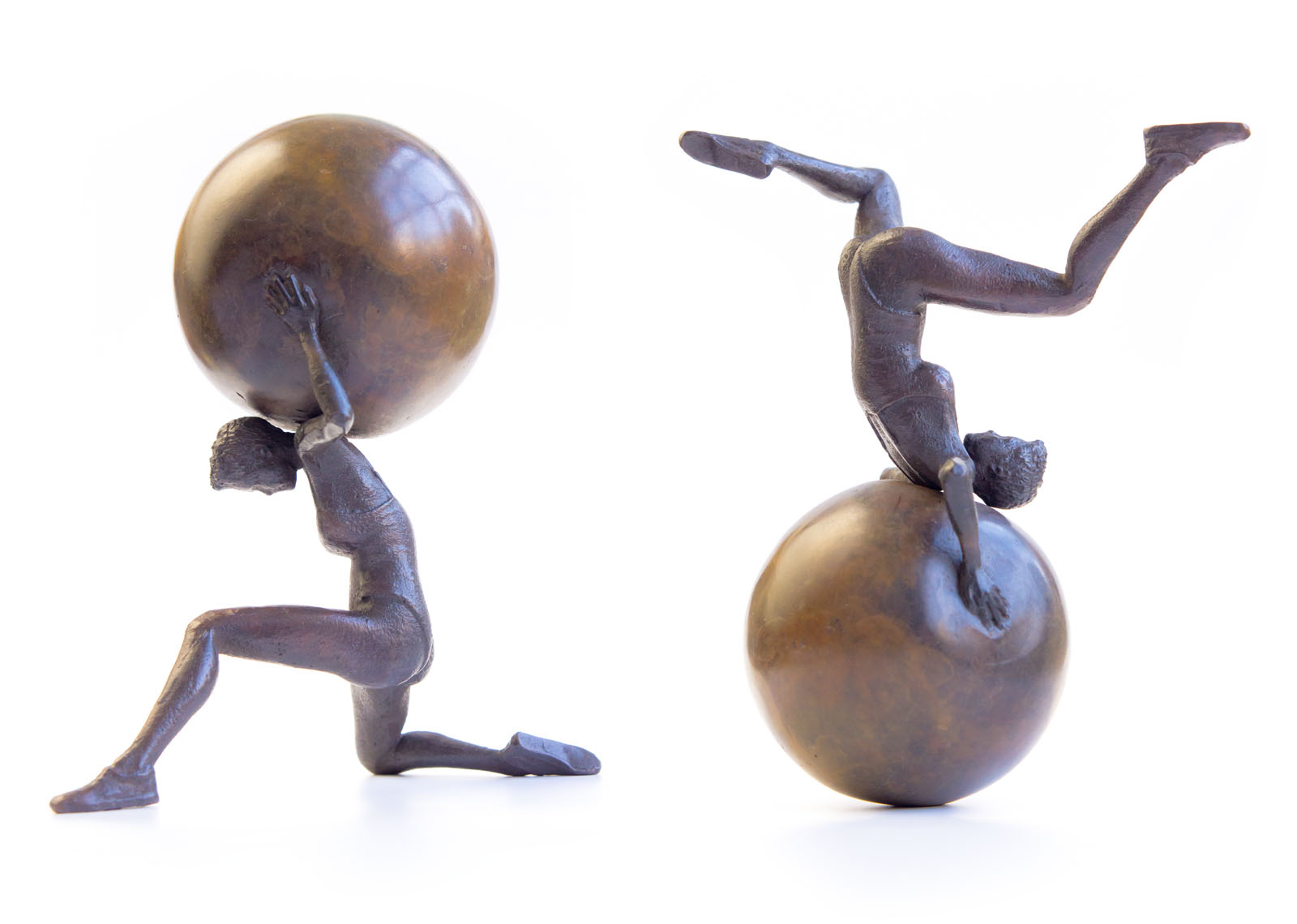 designed in: 2014
commissioned: KENBIS (Knowledge Centre Bipolar Disorders)
material: bronze
size: 145 x 115 mm
weight: 650 gram
design: computer modeling with Materialise Magics, 3D printed plastic prototypes
execution: mould from 3D print, lost-wax casting
nish: patina
edition: 1 piece per year
credits: casting by Bogart BV
This hand-held statue of a woman (the artist) holding a sphere can be placed with her foot and knee on the ground, a reference to the Greek mythological figure of Atlas, the Titan condemned to hold up the sky for all of the eternity – A symbol for the depressive side of bipolar disorder. The statue can also be rotated upside down with the sphere on the floor, in that case the woman is balancing on the sphere as if she were part of a circus act – A symbol for the manic aspect of the disorder. This statue is awarded yearly to a person who’s doing groundbreaking work in the field of bipolar disorders, sciential or social.