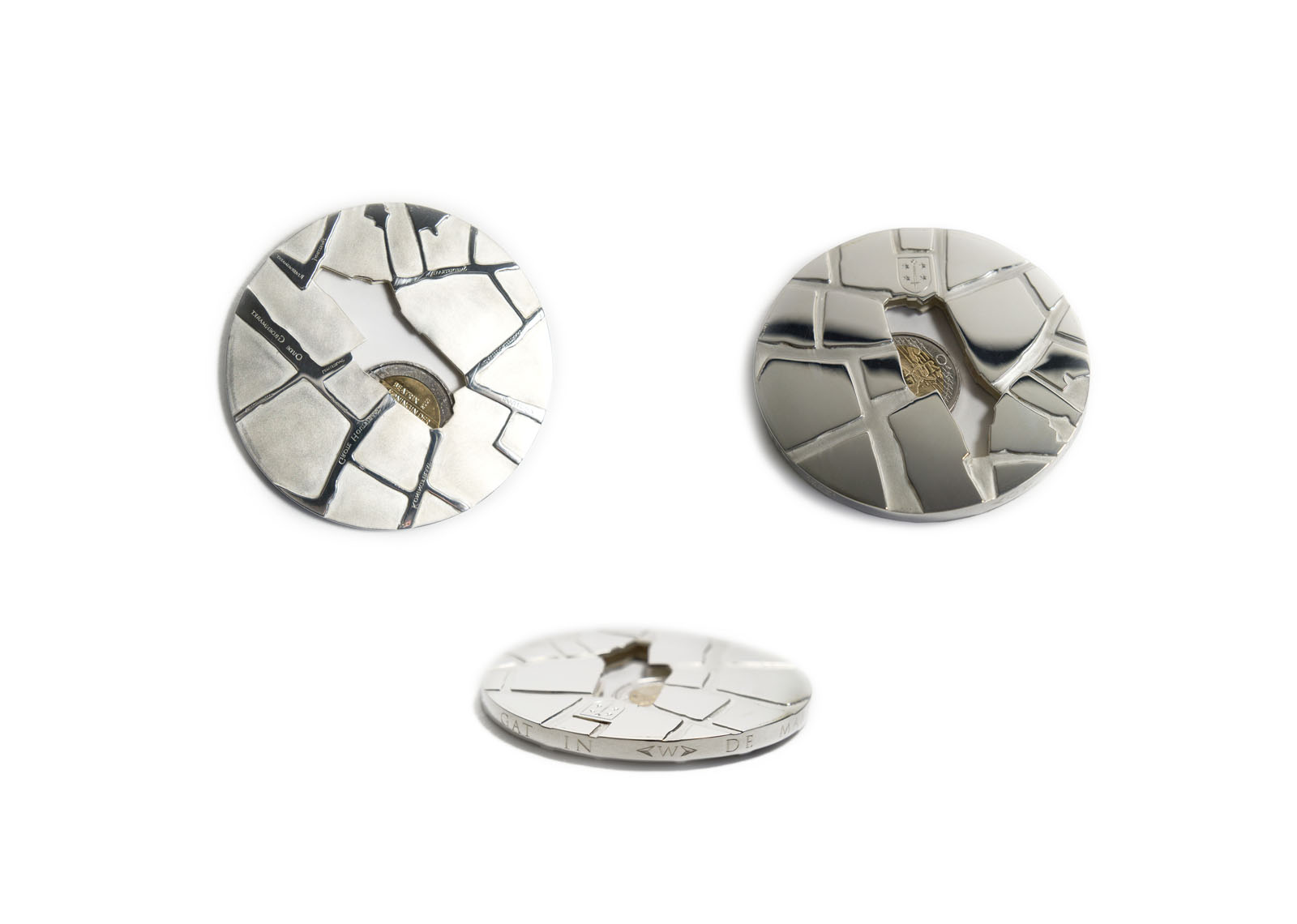 designed in: 2010
commissioned: municipality of Haarlem
material: silver
size: 74 x 5,5 mm
weight: 108 gram
design: paper prototype, computer modeling Photoshop and Illustrator
execution: forging, sawing, soldering, hand-engraved
legend: GAT IN DE MARKT, 2010 and symbols of cardinal directions
finish: partially matted and polished
edition: 1 piece
extras: two euro coin trapped in medal
credits: engraving by Daniel Houwer
The alderman for finance and culture of Haarlem commissioned a medal as a distinction of honour for a businessperson in the Haarlem area, who brought the city economic success. The obverse is a map of the town centre of the city with the city crest engraved on top’ of the city hall. The gap in the medal has the same shape as the market square, where trade and industry began in the 12th century. The reverse is the negative, with street names engraved in mirror image. The medal is hollow and has a free moving 2 euro coin in the centre. The medal never made its way to a winner. The alderman passed away during the commission, whereupon the artist decided to keep the medal in her private collection.