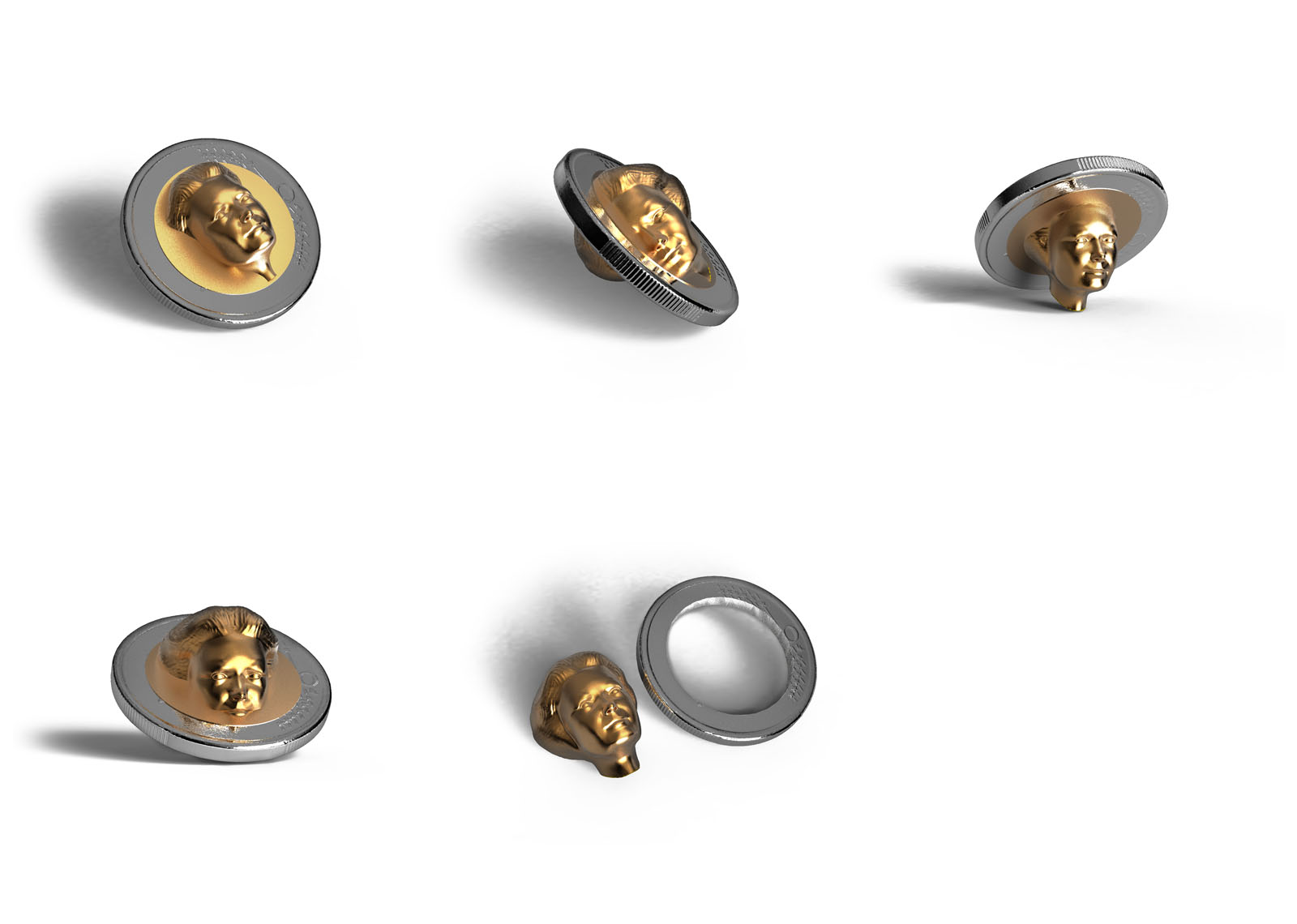 designed in: 2011
commissioned: no
material: copper nickel and bronze
size: 25,7 x 19 mm
weight: ca. 20 gram
design: computer modeling with Materialise Magics, stone composite 3D printed prototypes
execution: plan: computer modeling, 3D printing, assembly by hand
legend: GOD ZIJ MET ONS (god be with us)
finish: polished
edition: not made yet
extras: the medal consists of five coins
This ‘five coins’ medal was inspired by the speculations about the upcoming succession of the Dutch queen and depicts episodes from her intriguing life, as imagined by the artist. The centre of the coin was to be made by casting bronze. The rim of the coin was to be made from the actual rim of 2 euro coins. The bronze centre would have been pressed into the copper nickel rim. The five coins would have been placed in line in a single box. The medal was the first design for the year medal of the VPK(Dutch art medal association). When the VPK saw the design of the five ‘coins’ they asked for a choice of two coins from this series. The artist declined, wanting only to execute the ‘five coin medal.’ For the year medal a new design was made.